Everything that you need to know about Angular 10 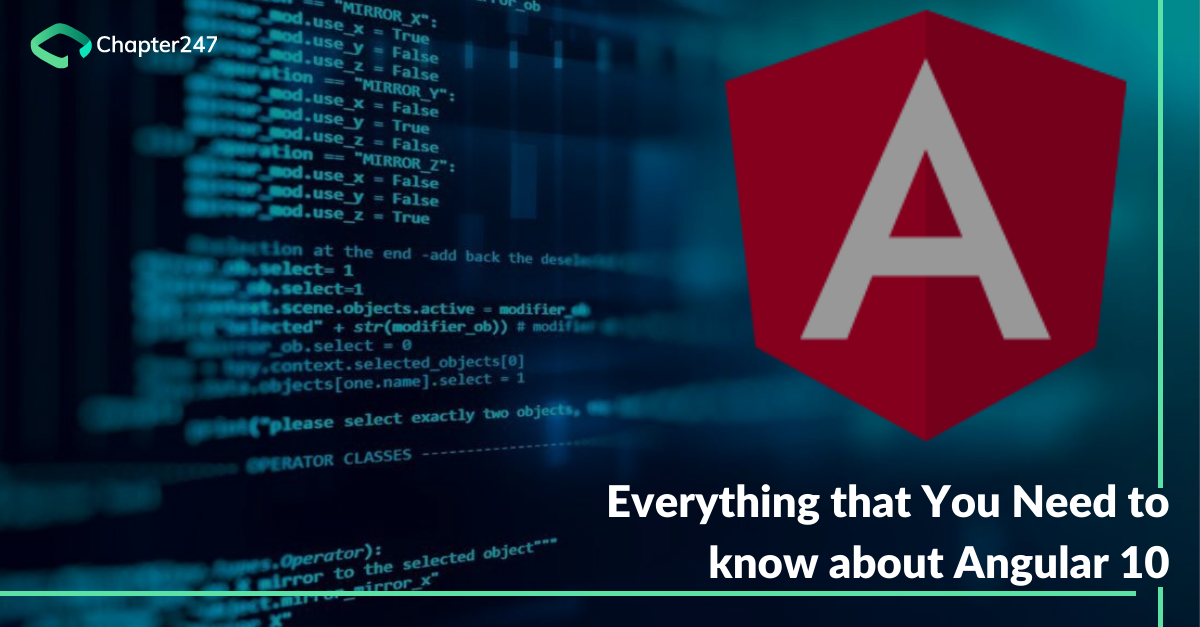 Angular Version 10.0.0 is here! We were among the first few who put up details about Angular version 9 in our blog ‘Learn about the all-new features of Angular 9’. It has only been 4 months since version 9.0 of Angular released but this is a major release that encompasses the entire platform which includes the framework, the CLI, and Angular Material.

Angular 10 is a huge upgrade to the previous versions of the popular web development framework. The new upgraded, type-script based Google Framework puts extra emphasis on quality, tools, current ecosystem improvements. It does not bring in a huge repository of features because it is smaller than the previous versions. In the blog, we are going to talk about its new capabilities, features, and everything you should know about Angular 10.

The Angular 10 version now includes a date range picker that looks like:

The date range picker will let users select a range of dates, rather than one single date. Users can use mat-date-range-input and mat-date-range-picker components. Their working is very similar to mat-datepicker and also the basic datepicker input.

The mat-date-range input components need two input values for both start and end dates as given below:

The mat-date-range-picker  component seconds as the pop-up panel to select dates. Its functionality is in the same manner as mat-datepicker but lets the user select it multiple times.

The users have to connect the range picker and range input with the rangePicker component:

On flagging this, a new project gets initialized with new settings that go a long way in improving the overall flexibility with easy maintenance. It also allows users to stay wary of bugs way ahead of their occurrences. It then allows the CLI to perform advanced optimizations on your application. Some of the innate functionalities of a strict flag include:

CommonJS is a module formatting system. Modules are nothing but bits of codes that are encapsulated in a file and exported to another file in the system. So, CommonJS is a standard used for organizing JS code. It assists in the server-side development of apps.

CommonJS comes packaged with dependency which can result in the slower application which is not desirable. Our Angular developers opine that it is better to choose the ECMAScript module(ESM) bundle if you have started observing warnings for dependencies.

New updates to the ecosystem

The dependencies have seen updates in order to stay in tandem with the JavaScript ecosystem. The updates look like these:

Even the project layout has been updated. A completely new will be seen. It also posits an additional  tsconfig.json file which has better support functionality and builds better tooling resolve type and package configuration.

The new Angular 10 version has an updated configuration for new projects. It will not include old and not-often used browsers. Let’s check out the v9 and v10 defaults. 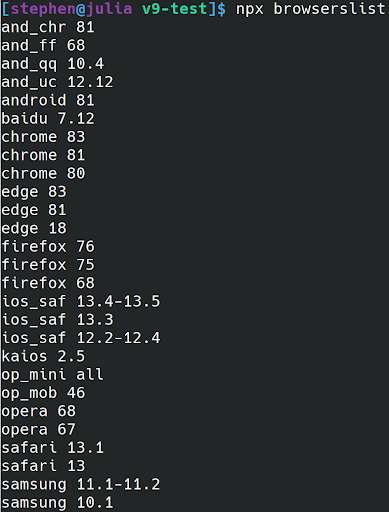 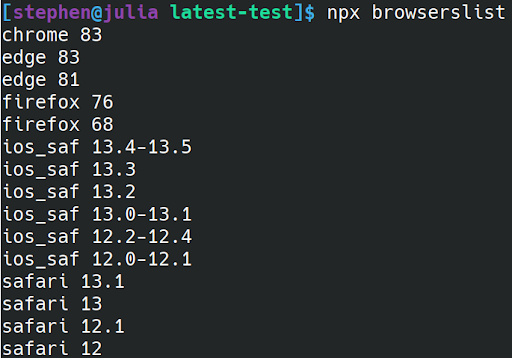 This could possibly disable the ES5 building by default for new projects. But to ensure the builds for browsers that need it, like IE or UC Browser, browsers can be added in the .browserslistrc file.

The entire Angular package format has changed. The new format does not have esm5 and fesm5 distributions. The formats of ES2015 also had become obsolete. ES5 is generated from ES2015 which also happens to be the default language level. Let us see the format before and after the update.

If the application under work depends on esm5/fes,5 files then they can still be consumed by the system.

ModuleWithProviders Without a Generic Type – No more a part

Previous versions of Angular had the ability to compile static method returns with ModuleWithproviders type without the need for the generic type mainly because metadata.json files have the information needed for the compilation. But after Ivy, just because metadata.json is no more required, Angular ensures that it checks the generic type for type validation. ModuleWithproviders sans generic type was outdated before but in Angular 10 it has been completely removed.

Earlier those applications which extracted the benefit of inheritance from classes that use Angular Features like Angular decorators and dependency injections now will have to decorate base classes also. If that is not done, then an error of the missing decorator will be shown on the parent. Let us see how

Now this is how the error will look when the directive decorative is missing:

Wrapped Value has been deprecated

WrappedValue points out that the result of Pipe transformation has undergone a change even when the reference has not changed. At present, it is deprecated and could probably be removed by the time v12 comes. It was used to set-off change detection when the object instance was scanned. When WrappedValue is used there is an associated performance cost and where there is no need for it, Angular developers usually drop it. Now that there is a deprecation, as a negative side to it, developers may see more ExpressionChangedAfterItHasBeenChecked errors as Angular development will not show any error when wrapped values were analyzed as equal.

Due to the increased bundle size and heightened complexities, the support for IE9, IE10, and IE Mobile has been deprecated. This will eventually be dropped in other versions.

Prominent features you should know

The Angular update website has a simple interface where one can select project attributes like project complexity. The website has a step-by-step guide to updating the project to embrace the new version. One can visit update.angular.io  for detailed information.

The newest Angular has delivered on its promises. Chapter247 which is a premium Angular development company has been working closely with Angular developers to ensure that all our heavy projects are updated with the promise of Angular 10.

For those who are new to Angular and its proposed revisions and deprecations, we are always up to answering your queries. Feel free to reach us! 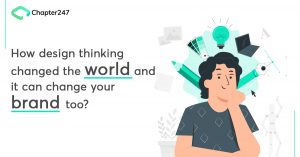 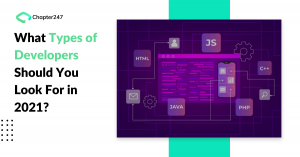 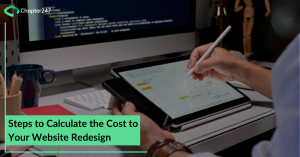