All You Need to Know About NodeJS Development (FAQ) 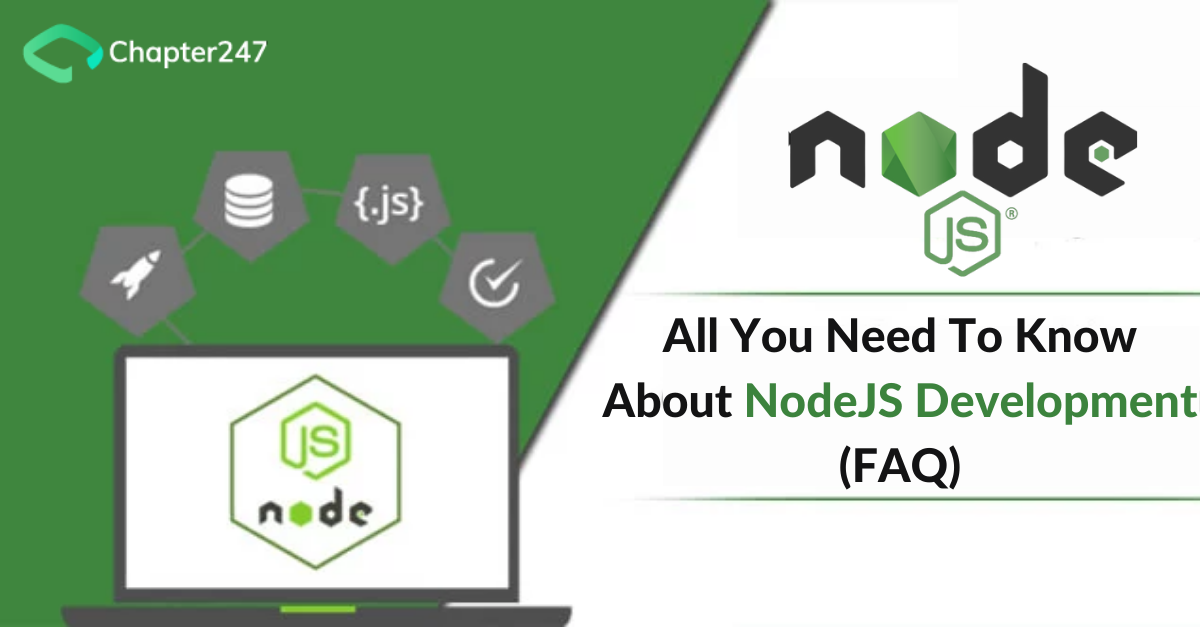 “Did you know that top businesses like Netflix, Reddit, eBay, Slack and twitter all use NodeJS? Hosting Tribunal has also enumerated that a cool 85% use Node JS for web app development.

Choosing the right technology for your web application development is one of the most important decisions you will make in your business. A wrong decision can prove to be an expensive affair for you.

NodeJS application has been trending and diverse companies like Netflix, LinkedIn and PayPal had effectively used Node JS to make the optimum use.  If you are considering Node js application for your business, it will be useful to contact a competent Node JS application development company and also read the answers below to get clarity.

1) What is Node Js and how is It used?
Node JS is server-side Java scripting that is based on Google’s V8 script . Its main motive is to build scalable web applications which are simple and accessible. Node JS has proven to be effective even in building applications used for video streaming, gaming, IoT devices and apps and for developing real-time web applications, generic applications and network-based applications. It is mainly for event driven and non- blocking servers.

2) What are some of the features of Node JS?
Being tied in a single thread, Node JS is highly scalable and makes use of Java as its scripting language. It also puts to use Asynchronous which is the event-driven I/O. This enables the single thread access rather than diverse and different threads. Even with the single thread it can achieve high performance.

Types of applications you can build with Node JS-

4) Why is Node.js single threaded?
It is single threaded because for async processing. For the usual web loads, due to this feature the performance enriches which is considered much better than the multi-thread applications.

6) Which database to use for Node JS?
On the lines of several hosting providers Node.js can function with any database like MySQL, MongoDB etc.

7) What is the meaning of event-driven Node.js?
The meaning of event-driven is that there are a few events dispatched when any given action happens. Such events can also be used to perform an equivalent action. The event-driven feature comes from the asynchronous feature of Node.js. There is also an Event Emitter in the core of NodeJS which takes the role of dispatching and receiving messages. If we want to watch the condition of reading a file then Node.js is useful.

8) How can I scale Node.js application?
The Node JS application can be scaled horizontally and vertically. It also implies that you have to run on multiple occurrences of your app inside one machine and spread the traffic across various CPU threads. Node.JS also has a module called cluster which is extremely helpful. In the case of horizontal scaling it works similar to any other routine back-end application.

9) How does the event loop work?
Event loop is a mechanism that waits and dispatches events and messages in a program. Here the event loops are prime middle flow constructs. This means that every time a request is about to be taken care of, it is put on the event loop and processed when it is ready to do so. So, node instead of completing the task on its own delegates the task of handling the overall system. This is effectively useful as Node.Js can in the meantime handle other tasks till the time it is waiting for this task to finish. The presence of Event loop makes it faster and more effective as compared to other technologies.

11) How can these callbacks be fixed?
There are majorly three ways with which callbacks can be fixed. They are:

12) What is the role of REPL in Node Js?
The Read Eval Print loop as the name itself suggests is used for Reading, Evaluating, Printing and Looping. The REPL in Node JS is used for ad-hoc JavaScript frameworks which allows entry to the JavaScript directly in to the shell prompt and analyze the result thereafter. REPL ‘s role is extremely critical when it comes to testing, debugging, and even experimenting.

Block functions- In this type of functionality all the other code is blocked from execution till the point an I/O event happens which hitherto was not happening. These blocking functions are accomplished synchronously.

Take the case of one example which will strengthen your understanding on the same
const fs = require('fs');
const data = fs.readFileSync('/file.md'); // blocks here until file is read
console.log(data);
// moreWork(); will run after console.log

If you observe the code, the second line of the code blocks the execution of Javascript as observed in the second line. This blocking takes place till the full file is read.

In this case Multiple I/O can be performed with the stopping of the program. These functions also can be accomplished asynchronously. We will throw a code to make stronger your understanding on the same.

As fs. readFile file is a multi-functional non-blocking one, more work () does not exactly have to delay for the file to read to complete before it is called. Due to this feature the throughput so achieved is on a higher scale.

14) What are the functionalities of NPM in Node JS?
Node Package Manager or NPM basically has two functions:

It proves as an online storehouse for Node JS packages

It also contains a command In-line utility feature that helps in installation of packages and dependency management of different Node JS packages.

15) What are the different streams in Node JS?
Streams are chiefly those objects that allow the reading of data from the source and also writing of the data onto the destination.  There are four main types of streams as listed below:

16) What are the benefits of using Node JS?
If you are looking at easily scalable network programs then Node JS is the answer. Some of its chief advantages are

17) What is the difference between Angular JS and Node JS?
While Node JS is a run-time system, AngularJS is a web application development.

Clarity of concepts will go a long way in easing out the decision process about when and how to use Node JS.Global organisations considering and implementing the applicability of Node JS for real-time applications. This  FAQ covers primary and most basic questions regarding NodeJS. If you are looking to get your application developed from an ace Node JS Development company then visit https://www.chapter247.com/ . In case of any more clarity or further questions you can drop as an email at askus@chapter247.com. 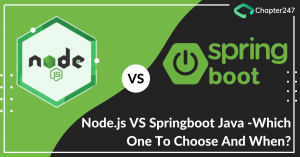 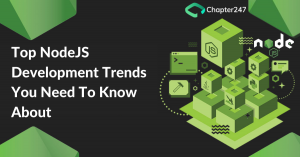 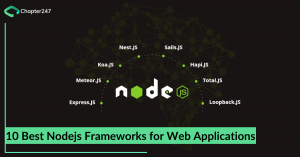