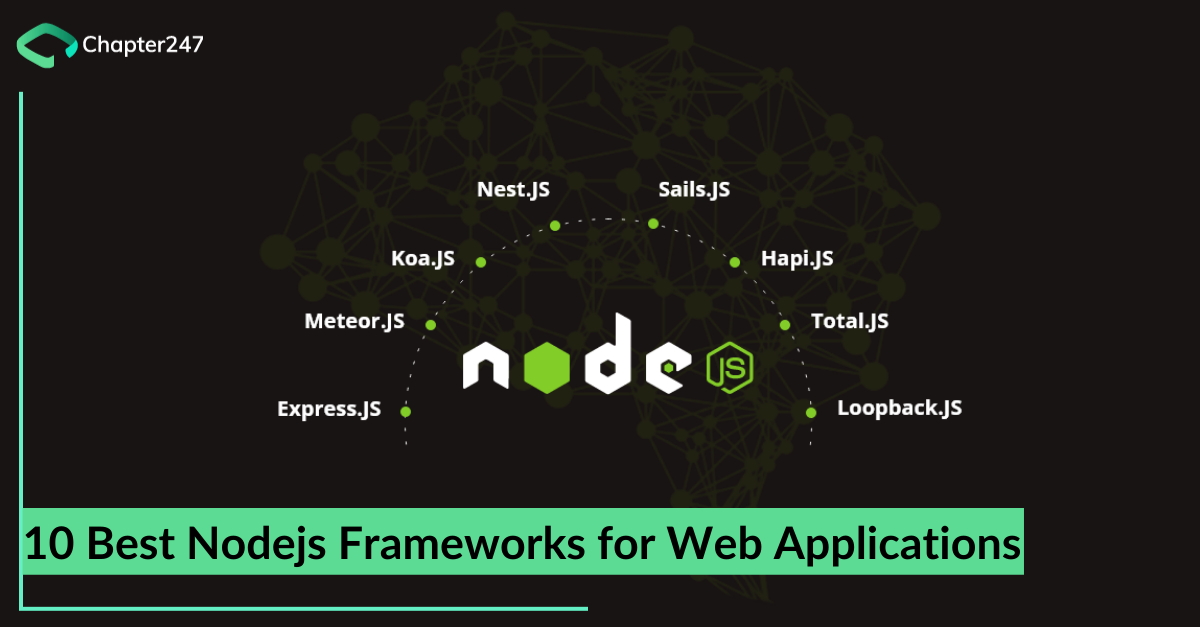 Web development has become the need of the hour for the businesses, who are on the lookout for a wider reach to the target audience. As technology emerged in the last two decades, and the internet became easily accessible to the common people, there has been a shift from the offline to the online platforms. Customers now prefer everything to be done at a click, which is making them prefer mobile and web applications.

And thus, they need to be developed in such a way that they are highly impactful and effective, improving the overall customer engagement. To ensure that the web app is highly functional and deliver a good performance, choosing the right framework remains an important aspect.

Node.js has various frameworks which makes developing a web application very convenient and a lot efficient. In this article, we would explore a few most powerful Node.js frameworks, which are capable of accelerating the web application development process for your enterprise:

Hapi.js that is featured among the top powerful frameworks of Node.js, is highly rich in features. It is used for building applications that interface additional software applications, and APIs.

Various features such as caching, input validation with JOI, logging, error handling,  configuration functionality, are provided by Hapi.js framework. These features help in building the web applications and APIs that out performs and have clean code.

Sails.js is also listed among the most powerful frameworks based on Node.js. It is a the popular MVC framework, which is used to build real-time applications that are  custom and are of enterprise-level.

Sails.js is a framework that is front-end agnostic in nature. It lets you build some of the most practical, and handy apps that are production-ready. You can build all of these in a very less time as small as a span of just a few weeks.

Sails.js has a powerful Object Relational Mapping (ORM) solution, in addition to a database layer which uses Waterline. This makes it highly compatible with many of the Grunt modules that are available.

Mean.js lists among the top powerful Node.js frameworks and is widely used for developing web applications. MEAN as its name suggests, is a combination of various frameworks, which includes MongoDB, Express.js, AngularJS, and NodeJS.

It offers web application development that is an accelerated and simplified, since it supports all the components of JavaScript. That is why it is often considered as a good choice for building web applications.

Express.js is a powerful NodeJS framework which is considered among the essential frameworks for working on Node.js. It offers extensive features which makes it favorite. These features make building APIs, mobile, and web applications a lot easier and efficient.

Express.js is light-weight. This makes it very fast, and a minimal framework that is used for developing web applications. It is actively used among the folks, which is also a highly maintained and well-tested framework used for supporting the NodeJS framework.

Meteor.js is a powerful Node.js framework, which is open source. Since it open source in nature, Meteror.js is widely used by the developers for developing web applications.

It is a full stack framework, which is used to build modern mobile and web applications. Meteror.js is built up using a set of various technologies that adds up to its features. It lets perform the prototyping rapidly and helps you in producing a cross-platform code which is compatible with various platforms such as iOS, Android, and Windows.

Meteor.js automatically propagates the changes made in the data directly to the clients without any need of writing any synchronization code. It is because Meteror.js integrates with MongoDB.

The data changes are automatically propogated using Distributed Data Protocol and publish-subscribe pattern, making it a powerful and dynamic NodeJS framework that is used for web application development.

Kraken.js, which features as a powerful NodeJS framework used for developing web application provides dynamic configuration. This adds a secured layer and a structure to the Node.js that extends over Express.js.

Apart from this, Kraken.js also offers middleware capabilities along with the security and application lifecycle events. It has various modules that can be used independently which include:

Flatiron.js is a powerful NodeJS framework, that is adequate, advanced, and adaptable for building modern web applications. These web applications turn out to be highly robust, reliable, and high performing.

It provides modern resources and tools which can be used for creating templates, modifying URL routing, managing data, and plugins.

Koa.js is one among the powerful Node.js frameworks that is a next generation framework for developing web applications. It is expressive in nature that enables you to enhance the productivity of your web application. This framework, is based on NodeJS and eliminates the callbacks, opting for using ES6 generators.

Koa.js tends to make the programming easier, while facilitating an upstream and downstream flow of control. In addition to all these features, it is light in weight and highly robust, that does not have any middleware package within its core.

Koa.js lets you choose the relevant modules that you want in your web application that makes it a framework which is highly flexible in nature.

LoopBack is a popular Node.js web application development framework that is widely used. It is a mature and open source NodeJS framework that lets you implement the scalable APIs within no time. LoopBackis built on the top of Express.js web framework.

It uses StrongLoop Arc, a highly useful tool that is a part of the StrongLoop Ecosystem’s monitoring and deploying apps. LoopBack makes data integration a lot easier, as it is quick to connect with the new and legacy data offering a lot of flexibility. This legacy data can be stored in any of the databases: MySQL, Oracle, SQL Server, and MongoDB.

It uses Swagger 2.0 to extend built-in API explorer. This lets you create API documentation within a very short span of time. This makes it a highly flexible and comprehensive web app development framework in Node.js.

Keystone.js uses NoSQL Database such as MongoDB. This is unlike of other CMS websites and applications where Relational SQL databases is used. It uses Mongoose, a leading ODM package for connecting to your MongoDB database by wrapping data in objects and storing them in a database.

Keystone.js offers various features, which includes embedded services, admin UI, and authentication, for building a web application that can be easily scaled and delivers great performance.

Be it the real-time web apps, enterprise-level apps or CMS, Node.js has left no stone unturned to amaze the developers and users alike. But what makes it even more efficient, is the expert team of developers who leverage this modern web app development framework to come up with the best results.

If you are an enterprise, who are looking for developing an amazing web application for your business that offers better customer engagement, then Node.js is the right framework that you could use. Choosing the right team of developers is essential to make the most out of this amazing framework.

Your search for the right Node.js development company ends here. We at Chapter247 Infotech, offers some of the advanced web development services that could help you get a custom web app, which meets all your business requirements.

Chapter247 Infotech, has a stellar track record in NodeJS web development and its customer-centric approach in custom software development, has put it at the very forefront. Our dedicated team of professionals works closely with you to offer bespoke applications for your business through custom NodeJS web development.

Contact us to build a highly personalized web application using the power of Node.js. 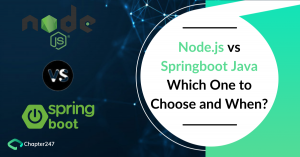 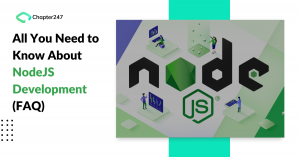 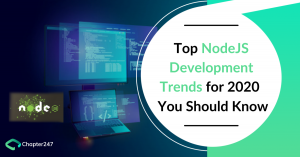